All sessions and lectures of the conference will be held at the School of Economics, Finance & Banking in the Main Campus of Universiti Utara Malaysia in Changlun, Kedah-Malaysia. More information on how to reach the venue, please click here

The Conference will begin at 10 AM on Monday 15 June with a welcome reception and an introductory session by Prof. Russayani (Dean of School of Economics, Finance & Banking) and Dr. Sherif Hassan (M&S Research Hub).

The scientific programme will include several sessions in the fields of economics, finance & management, 3 plenary sessions, and a post-conference workshop.

The full program will be updated soon

(Sucesses Story: How Did I Become One of the Top 10 World's Most Cited Economists in Few Years?)

Biography: Muhhmad Shahbaz is Professor of Economics at Center for Energy & Environmental Policy Research and School of Management & Economics both at Beijing Institute of Technology (China), Senior visiting Research Fellow at the department of Land Economy of Cambridge University (UK). He received his PhD in Economics from National College of Business Administration & Economics, Lahore, Pakistan. His research focuses on development economics, energy economics, environmental and tourism economics etc. He has widely published in peer-reviewed international journals. He is among world’s top 10 authors in Economics category as compiled by IDEAS, and among France’s top 3 author in Economics category in France as compiled by IDEAS and among top-5 active researchers in developing countries declared by David Mckenzie (Chief Economists), World Bank. Dr. Muhammad Shahbaz has published papers in Energy Economics, Energy Policy, Journal of Banking & Finance, Economics Modelling, Applied Economics etc. He is an editor of Environmental Science and Pollution Research, subject editor of Emerging Markets Review and Journal of International Financial Markets, Institutions & Money (both are Scopus Indexed Journals) and guest editor for Resources Policy, Journal of Environmental Management, Technological Forecasting and Social Change and Frontiers in Energy Research

(Green Deen: Cooperation&Harmony As A Solution to The Enviromental Problems )

Biography: BS Math MIT (1974), Ph.D. Econ Stanford (1978)] has taught at leading universities like Columbia, U. Penn., Johns Hopkins and Cal. Tech. Currently he is Vice Chancellor of Pakistan Institute of Development Economics. His textbook Statistical Foundations of Econometric Techniques (Academic Press, NY, 1996) is widely used in advanced graduate courses. His research on Islamic economics is widely cited, and has been highly influential in shaping the field. His publications in top ranked journals like Annals of Statistics, Journal of Econometrics, Econometric Theory, Journal of Labor Economics, etc. have more than a thousand citations as per Google Scholar. He is the editor of International Econometric Review.

(The Politics of Saving the Planet)

Biography: Brendan Steinhauser is professor of Global Studies at St. Edward's University, an award-winning American political strategist, and an international media commentator on American public policy and government. Co-founder and partner at Steinhauser Strategies, a public relations, government affairs, and political consulting company based in Austin, Texas. With more than a decade of experience organizing political and advocacy campaigns, Brendan has worked in 40+ states and most recently served as Senator John Cornyn's campaign manager. Prior to relocating to Texas, Brendan was the Director of Federal and State Campaigns for the Washington, D.C.-based grassroots advocacy organization, FreedomWorks. In 2011 Brendan was named one of TIME Magazine's "40 Under 40 in American Politics." In 2009 Brendan was the lead organizer for the September 12 Taxpayer March on Washington, which was the largest gathering of limited government activists in U.S. history. 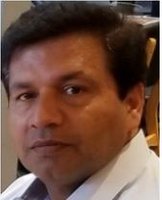